Travelling can be very expensive and often feel like you need to sell an organ to afford your dream trip! So, we have sourced some of the cheapest destinations around the globe for you to experience the World at a more affordable cost.

12 of the cheapest Countries to Visit: 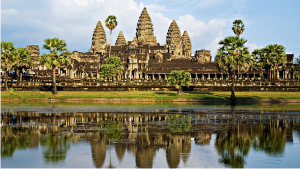 Cambodia – Dorm rooms in hostels start at around £3.50 per night. Private rooms in hostels and guesthouses generally go for £5-10 per night, depending on where you are in the country. Free WiFi is the norm for hostels these days, and a few will also include free breakfast. You can get comfortable guesthouse rooms for £15-20 with air con, TV, and other amenities. Beyond that, the sky is the limit but I’ve never needed to spend more than £25 per night for luxury in this country!  Food is very cheap in Cambodia too, Local street vendors will cost you about £1-2 per meal, and basic restaurant meals will cost between £3-5. You can’t leave Cambodia without visiting this iconic ancient site, preferably at dawn to watch the sun rise behind Angkor Wat temple itself, a spectacular experience. Entry to this vast UNESCO World Heritage Site and official Wonder of the World will cost just £28 for a full day. It’s worth paying the £48 for three days – there are just too many temples to squeeze into one day, and once the midday sun hits you’ll want to take shade, or find some seriously strong air-conditioning. 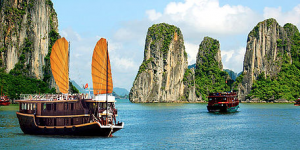 Vietnam – Unspoiled and undeveloped, despite its rise in popularity in the last few years, Vietnam is still a super cheap travel destination, as well as a beautiful country of lush mountain scapes and sweeping white sands. You can easily get by on £10 a day, including a guest house, local food, transport and a bit of drinking – a pint of Vietnam’s most popular brew, Bia Hoi, costs as little as 50p.

India – A spending spree in Mumbai’s designer shops and a stay in an international hotel in Delhiis going to cost you as much as it would in Dubai, but away from these enclaves, the cost of living is ridiculously low. Even if you travel first class on the trains (the Rajdhani or the Shatabdi Express are the most comfortable to travel on, being fully air-conditioned with meals included in the ticket price) and take taxis everywhere, you’ll be hard pressed to spend a lot of money here, and it’s possible to budget for a cheap holiday on just £15 (about 1,500 rupees) a day if you eat local thalis (plate meals) and stay in a hostel. You can’t fly all that way without seeing what may well be the most famous tomb in the world, the Taj Mahal, in Agra, northern India – just don’t go on a Friday, it’s closed. 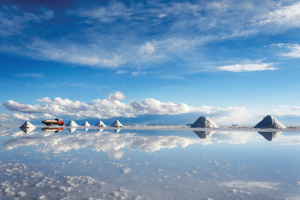 Bolivia – Bolivia is one of the cheapest countries to visit for food and drink in all of South America. For example, a bottle of Paceña beer generally costs less than £1.50 and a bowl of chairo (potato soup) about the same. Pack plenty of layers for when the sun goes down; although Bolivia generally endures hot and humid tropical summers, La Paz is surrounded by the Altipano mountains and so stays cool all year round. Wander along Calle Jaén, in Bolivia’s administrative capital, La Paz, for a slice of South American life under Spanish control – the street is home to some of the city’s best preserved colonial buildings, whitewashed façades and ornate black-grilled balconettes. It’s also where you’ll find a cluster of museums, including the former home of Pedro Domingo Murillo, who lead forces during the La Paz Revolution of 1809. See them all for the grand total of 50p and pick up your bumper bargain ticket from the Museo Costumbrista. 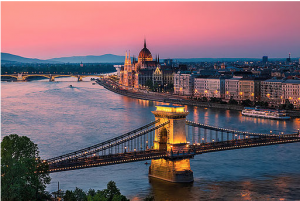 Hungary – Budapest, the historic Hungarian capital on the Danube, is a definite must-see on anyone’s European tour. While it’s not quite the cheap holiday destination it was before the budget airlines got there, prices here will leave plenty of cash in your pocket. With sit-down dinners for under £5, beers for £1 and rooms for £10, Budapest is a beautiful bargain. And you can visit those gorgeously ornate bathhouses such as Gellert from £14 for the day, with massages starting at less than a tenner. If you’re after a quiet countryside retreat, check out Lake Balaton in Transdanubia, western Hungary. The biggest lake in central Europe, it’s a popular summer retreat for local families looking to escape the big smoke during the summer heat – it’s an easy one and a half hour train ride from Budapest and the biggest resorts are found in the cities of Siófok and Balatonfüred. Take a hike in the northern hills, swim in the lake or sail out on the cool waters, before enjoying some locally produced – and incredibly cheap – wines from the vineyards dotted across nearby Badacsony Hill. 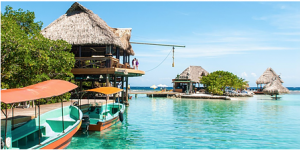 Honduras – There’s Belize. There’s Costa Rica. There’s even Guatemala. But for a real bargain-basement cheap holiday in Central America, plump for Honduras. The country isn’t up there on the most-visited lists, but if you do decide to give it a go you’ll discover white sand beaches reminiscent of the Maldives, diving to rival the Red Sea, and mega cheap food and drink – all while spending less than £25 a day.

Bulgaria – Bulgaria’s Black Sea resorts have undergone a bit of a boom with British visitors in recent years, probably because they offer a total bargain compared with traditional cheap holiday destinations like the south of Spain. If you prefer city breaks to beaches, capital Sofia offers hearty food, warm company, ‘robust’ drink and a comfy bed, all yours for around £35 a day. Just a 20-minute subway ride from the airport terminal (30-40 minutes if you’re travelling in by bus) you can satisfy your inner culture vulture in Sofia – the second oldest city in Europe is stuffed with museums and galleries, including the Museum of Socialist Art and the National Literature Museum. 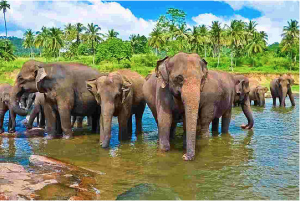 Sri Lanka – You can live like royalty in Sri Lanka for under £30 a day. Modern tourism began to boom on this idyllic south Indian Ocean island in the 1960s, but it’s somehow managed to stay on the sidelines of many a Southeast Asian itinerary, so it’s still possible to pick up a low-cost luxury bargain. The temples, monasteries and stupa speckled throughout the surrounding countryside offer a window into Sri Lanka’s Buddhist culture. If you don’t fancy days on end temple traipsing, stick to the highlights: the Sri Maha Bodhiya (Bodhi Tree Temple) in Anuradhapura and the Sri Dhalada Maligawa (Temple of the Tooth) in Kandy, arguably the most sacred places on the entire island. Be warned, foreigners tend to pay higher entrance fees, although some tuk-tuk drivers might offer to sneak you in for free! 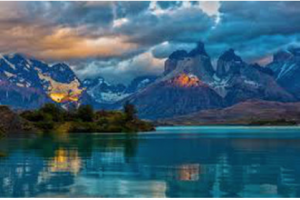 Argentina – Experience the colourful, flamboyant life of the Argentinian capital by staying away from its most exclusive hotspots and you can easily get by on £40 a day, including a budget hotel bed and meals out. see some of the world’s most spectacular scenery, then it doesn’t get much more impressive than a trip to Patagonia in southern Argentina, home to Tierra del Fuego, the most southerly city in the world and a popular departure point for excursions to the Antarctic. Get there by bus from Buenos Aires – a journey which takes anywhere from 24 to 36 hours – or hop on a cheap internal flight to save time, although this is usually a more expensive way to travel. Prepare yourself for plenty of cute penguins, dolphins and whales in the UNESCO protected nature reserve, Península Valdés; the entrance fee for non-residents is about a tenner. Cheap holidays don’t get much more exciting than this. 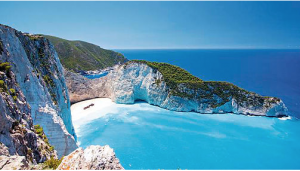 Greece – Due to the country’s ongoing economic difficulties, the cost of holidaying in Greece is lower than it used to be. While it’s still pretty pricey to stay on famous Greek islands like Santorini or Mykonos, pick a quieter Greek getaway like Paros or Skiathos and you can still while away the days in 28 degree heat, sipping ice-cold Mythos (between about £1.50 and £4 a pint depending on where you stay) for half the price. If you’re all about pool parties and super-cheap shots, then Ios is the island for you, famous for its all-night raves and young backpacker crowd. 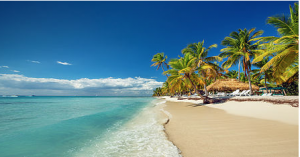 Dominican Republic – The Dominican Republic can work out a great value holiday destination, where £35 a day will cover accommodation, travel and food if you’re thrifty. Eat where the islanders do – at the local comedor – and you’ll find dishes for under a fiver and beers for around £1 from the grocery stores, while taking the local bus, or guagua, to the next town can be done for around 80p.

Ireland – Flight prices to Ireland have tumbled over the past few years, meaning you can get to Dublin for less 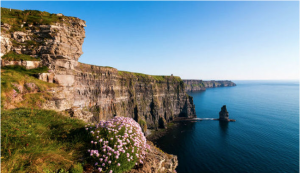 than you might think. Free things to do in the Irish capital include visiting the Chester Beatty Library, to check out its world-famous and dazzlingly expansive collection of rare books and manuscripts, and talking a walk with the deer herd in Phoenix Park – this is the largest enclosed recreational space in any European capital so there’s plenty to explore. Do some budget shopping at the weekend Blackrock Market, Dublin’s oldest, and sup on the central city’s (rumoured) cheapest pint, just £2.30 in the Pavilion Bar at the cricket pitch in Trinity College. If you’d rather get out into rural Ireland, head to Galway, where prices are lower than the capital across the board and a weekend break could cost you about 20% less. You could spend some of those savings on the city’s vibrant nightlife (thanks, student population!) with a trawl through the city’s pubs – where Guinness is around 15% cheaper than in Dublin – and the live music sessions at trad music pub An Pucan are free.