Wednesday 5 July at 9pm sees the first episode of the three-part series ‘Joanna Lumley’s India’, the actress’ exploration of the country of her, and several generations of both sides of her family before her, birth. 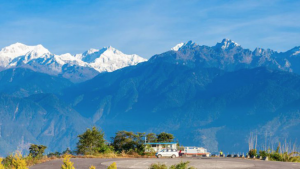 Joanna Lumley was born in Kashmir in 1946, in the final years of the British Raj and her journey 70 years later traverses the country. As well as showcasing India’s incredible landscapes, culture and heritage, the series also looks at how winning independence in 1947 has shaped the nation into what it is today. The trip though is made even more poignant as it explores Joanna’s own family history. 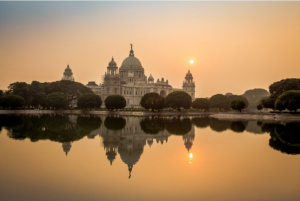 In this first episode, coming up on Wednesday, Joanna travels from the very south of India, through Kolkata, where her great great grandfather was born and right up into the foothills of the Himalayas to Sikkim, where her mother grew up. Along the way, she meets old friends, makes new ones, explores the house of her mother’s childhood with a descendant of the Sikkim royalty, admires towering Himalayan peaks and even joins local wildlife rangers to track wild Indian elephants!

This series is one of many airing this year about India, marking the 70th anniversary of India’s Independence, but at The Travel Business, we are particularly excited to experience India through the eyes of the warm, witty and charming Joanna Lumley. By all accounts her enthusiasm is infectious! And we particularly agree with Ms Lumley’s desire to inspire people to explore India for themselves. She told the Radio Times,

“I want people to not be afraid. There’s a kind of nervousness among people who like to have a hot shower every day in the same place…be brave and bold. You will experience something wonderful.”

We couldn’t have said it better ourselves – this huge, busy country can be a daunting prospect for those who’ve never been before, but India is so absolutely heaving with things to do there is something spectacular on offer for every type of traveller. So go on, be brave and bold, India is a country that is just waiting to be discovered, and if Joanna Lumley can’t inspire you, nobody can!

Ready for an India adventure of your own? Book an India holiday with The Travel Business. Our fully inclusive tours offers an unforgettable holiday!

We also have tours to China, Vietnam, Laos, Japan, Burma and beyond…