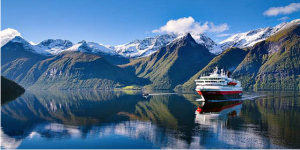 With relatively low ratings for on-board facilities and cabins, you might expect Hurtigruten to be somewhere near the bottom of our survey. Yet it has been more successful than some more luxurious cruises. What is it that makes Norwegian coast specialists Hurtigruten a popular choice?

Despite not having the most luxurious facilities, Hurtigruten scores almost as highly as premium line Saga. This might be because it doesn’t pretend to be something it’s not. Spectacular trips to see the Northern Lights or the Norwegian Fjords deliver what’s promised and help make Hurtigruten a Which? Recommended Provider.

Hurtigruten started life in 1893, operating ferries, mail steamers and cargo ships around the North Sea. Now it runs 11 ships that call at 34 ports along the Norwegian coast, and another three ‘Explorer’ ships for longer journeys. Its vessels even go as far afield as Antarctica. 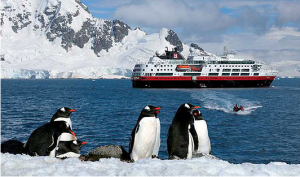 The Hurtigruten Norway Coast trip is ‘a cruise for people who don’t do cruising’. Nobody raves about the experience on board, but nor are they often disappointed. Instead they mention ‘fantastic journeys through islands and fjords’ and ‘magnificent’ scenery. The world outside the porthole is always more important than what’s on the ship. Both the staff and the food are Norwegian, which makes this a very local experience, more like being on a fascinating ferry journey than a traditional cruise. Passengers are also joined by locals using it as a coastal bus service on many routes. It’s much more than just a floating holiday camp, or a ‘Butlins-on-sea’, as one member put it. 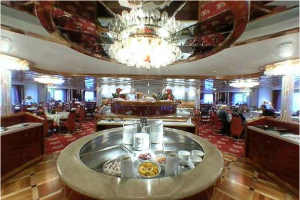 You’ll pay a premium for drinks, just as you will in Norway itself, but overall value for money is good. The company has a policy that tips are neither needed nor expected, so there are no hidden extras added to the bill. Regular excursions mean plenty of time to see the sights, so there’s little feeling of being cooped up in the small cabins.

On longer ‘Explorer’ trips to destinations such as Antarctica and Greenland, experts come along, giving talks about ornithology, history and geology. The only real criticism for Hurtigruten is that its ships are pretty basic. There’s no ‘flashy casino’ and whether this sounds like a criticism or an enthusiastic recommendation will probably influence whether or not you enjoy cruising with Hurtigruten. The weather may also be a factor. If you’re heading out into Arctic seas, or along the fjords, it shouldn’t be a surprise if there are sometimes choppy waves.

Should I book with Hurtigruten?

If what you’re interested in is the destination – whether that’s the Norwegian Fjords or Arctic icebergs – then Hurtigruten comes highly recommended. If you’re looking for a luxurious cruise experience, try elsewhere. 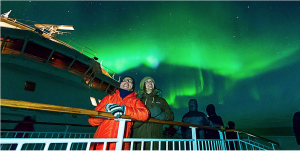